I teach economics at the Toulouse School of Economics and have lived in the centre of the city of Toulouse in France since 2000. I was Director from 2012 to 2021 of the Institute for Advanced Study in Toulouse (IAST). In the academic year 2021-22 I am on sabbatical leave at the University of Oxford and in the first year of a Two-Year Fellowship at All Souls College. 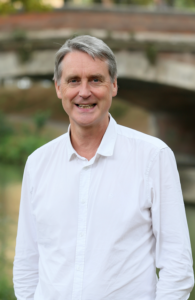 My current research lies in three areas of microeconomics: industrial organization and competition policy; the economics of networks and the digital society; and behavioral economics (especially the integration of evolutionary biology and anthropology with an understanding of the development of economic institutions in the very long run). I am working on a book under contract to Princeton University Press entitled The Origins of Enchantment: How Religions Compete.

My literary agent is Catherine Clarke at Felicity Bryan in Oxford. You can find details of my books here.

This website was designed and created by my daughter Alice Seabright using WordPress software. Many …