Charles Darwin can easily be considered one of the most influential scholars of his time. His thoughts, ideas, research and writings have had a far reaching impact and influence on modern thought in the arts, on society, and in science. With contributions from leading scholars, this collection of essays explores how Darwin’s work grew out of the ideas of his time, and how its influence spread to contemporary thinking about creationism, the limits of human evolution and the diversification of living species and their conservation. A full account of the legacy of Darwin in contemporary scholarship and thought. With contributions from Janet Browne, Jim Secord, Rebecca Stott, Paul Seabright, Steve Jones, Sean Carroll, Craig Moritz and John Dupré. This book derives from a highly successful series of public lectures, revised and illustrated for publication under the editorship of Professor William Brown and Professor Andrew Fabian of the University of Cambridge. 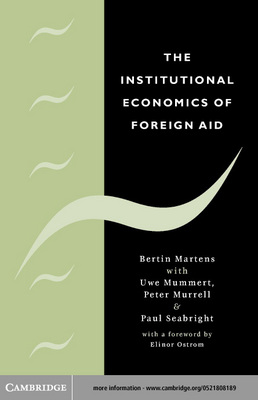 This book analyzes the institutions–incentives and constraints–that guide the behavior of persons involved in the implementation of aid programs. While traditional performance studies tend to focus almost exclusively on policies and institutions in recipient countries, the authors look at incentives in the entire chain of organizations involved in the delivery of foreign aid, from donor governments and agencies to consultants, experts and other intermediaries. They examine incentives inside donor agencies, the interaction of subcontractors with recipient organizations, incentives inside recipient country institutions, and biases in aid performance monitoring systems. 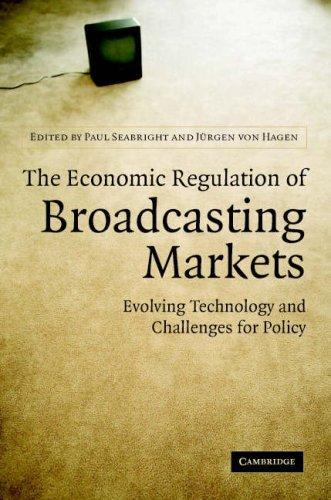 New technology is revolutionizing broadcasting markets. As the cost of bandwidth processing and delivery fall, information-intensive services that once bore little economic relationship to each other are now increasingly related as substitutes or complements. Television, newspapers, telecoms and the internet compete ever more fiercely for audience attention. At the same time, digital encoding makes it possible to charge prices for content that had previously been broadcast for free. This is creating new markets where none existed before. How should public policy respond? Will competition lead to better services, higher quality and more consumer choice – or to a proliferation of low-quality channels? Will it lead to dominance of the market by a few powerful media conglomerates? Using the insights of modern microeconomics, this book provides a state-of-the-art analysis of these and other issues by investigating the power of regulation to shape and control broadcasting markets.

One of the most remarkable aspects of the transition process in the former Soviet Union has been the extent to which the economy has effectively become demonetized in recent years. At the time of Russia’s financial crisis of 1998 it was estimated that up to 70% of industrial output was being exchanged for barter. This book provides an accessible and authoritative analysis of barter in the former Soviet Union, addressing such questions as: What has brought about this demonetization and why have we not seen the same phenomenon on a widespread scale in central and eastern Europe? Does the nature of demonetization cast light on what underpins monetary transactions in industrial societies? What are the consequences for output and growth? Should the state intervene and how? Does the network character of many non-monetary transactions have implications for the role and value of social networks in complex modern societies?